You discovered the existence of GTA RP, an unofficial version of GTA V that allows you to play “role play” servers with other players. Intrigued, you searched the web for information on how to play GTA RP and you ended up in this tutorial of mine. How do you say? Are things actually like this? Then don’t worry! I have all the answers you are looking for!

In fact, in today’s guide I will explain how to download GTA RP and, in addition, I will give you several tips on how to play it. But know that, before you try your hand at this venture, it is important to know what GTA RP is and what the consequences could be in playing an unofficial version of GTA V.

In any case, don’t lose heart and let’s immediately start reading this tutorial! Surely it is useful for you to first have a clear idea about GTA RP and then know the different steps to be put into practice to play it. Having said that, I just have to wish you a good read and, above all, a good time! 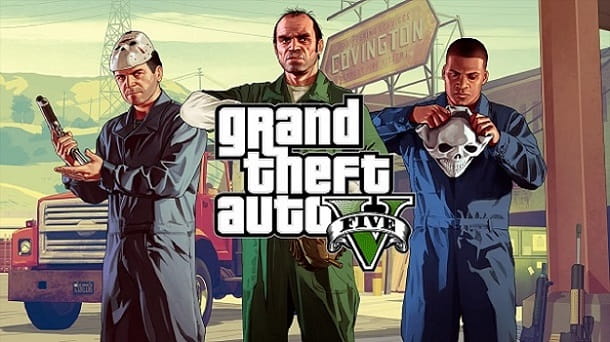 GTA RP it’s a unofficial mod for GTA V Online which allows you to access private servers, to play with other players. In addition to being a game client, it is also possible to create your own private server and host it, so as to welcome other players.

Unlike GTA V Online, therefore, using different scripts and assets, it is possible to implement new gaming experiences in order to make the online game completely Role Play. If you are unfamiliar with this terminology, know that we literally mean “role-playing”, that is, playing a role for the duration of the game session.

While it all sounds tempting, I still have to inform you of the possible consequences you may incur when playing GTA RP. According to Rockstar Games, the developer and distributor of this video game, creating or hosting unauthorized server software can lead to legal action. Also, playing on unauthorized servers could result in the ban from the company’s services.

With this in mind, please be aware that I take no responsibility in the event that Rockstar Games temporarily or permanently suspends your game account, although FiveMthe mod in question for GTA RP (which I’ll tell you about in the next chapters), does not modify game files or interact with GTA V online services. 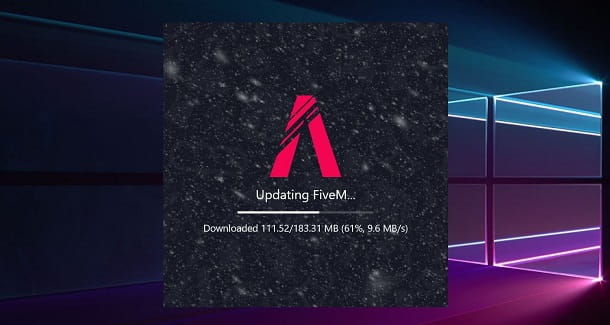 The first thing you need to do in order to download GTA RP is to have GTA V installed on your PC. If you don’t own this video game, you can purchase it from Steam, Rockstar Games, or Epic Games.

Buying a copy of GTA V is a requirement that you cannot omit, as the mod FiveM requires a valid GTA V from user license on your computer Steamfrom Rockstar Games or from Epic Gameswithout which you will not be allowed to use this mod to play GTA RP servers.

Therefore, after purchasing GTA V, proceed to download and install this video game. If you want to know more, I recommend reading my tutorials on how Steam, Epic Games and the Rockstar Games Launcher work or you can learn more by reading my article on how to install GTA on PC.

After installing GTA V on your PC, proceed to download the mod FiveM. The requirements for its correct functioning are as follows.

If your computer meets these requirements, go to the mod’s official website and press the button Client download located at the top right. Once this is done, press the button Sure, I agree in the Terms of Services document, to download the file FiveM.exe.

Once this is done, double-click the .exe file obtained and wait for all necessary add-ons to be downloaded. If you are asked to confirm this operation, click on the button Yup. FiveM will then perform some automatic operations and will be installed inside the folder %localappdata%\FiveM.

If you encounter installation problems, in your antivirus you exclude the FiveM installation file or use a different protection software among those I suggested in this tutorial.

After you have installed FiveMstart its launcher via its desktop icon and, on the main screen, log in with your account Cfx.re (the FiveM service) or create a new one by following the steps on the screen.

Now, press ongear icon at the top right, to set some configuration parameters. In the section Interfacechoose the value Italian (it) to the item Language (not all entries will be translated into Italian) and type your nickname in the field Player name: As these are RP servers, choose a suitable nickname that reflects this style of play. 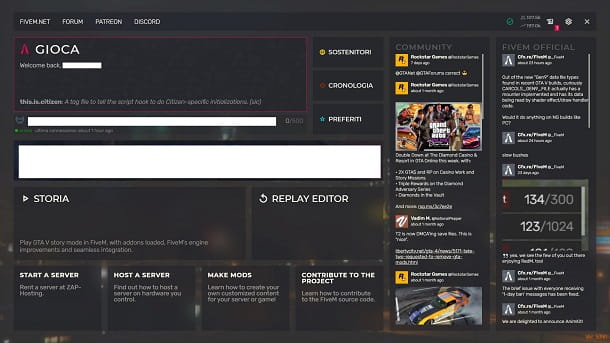 Now that you have FiveM installed and configured, let’s see how to play a server, as well as give you some useful tips for playing GTA RP.

First of all, on the FiveM main screen there is the button Plays. You need this to access the list of available servers to connect to. Through thefunnel icon up (Filter) you can choose to only see servers that meet some specific requirements.

For example, you can set the display of suns Italian servers or which have some specifics tag. You can also hide servers where there are no players or those that are full and therefore do not allow connection. Using the key Sortabove, you can instead sort the servers in alphabetical order or based on number of players currently connected.

When you have identified a server you want to access, double-click on it to view its tab. Then press the button Connect and wait for all the necessary assets and game scripts to be downloaded. Please note that some GTA RP servers require Steam running. Therefore, make sure you have Steam installed on your PC and that it is running in the background.

In general, before choosing a server, it is important to know some important information and rules. First of all, if you are a beginner, I recommend that you play on servers that have indicated the term “No-allowlist”.

This term indicates that in order to be able to access the server in question, it is not necessary to be approved by a server administrator. This means that you will be able to log into the server, create your own character and play with complete peace of mind.

Some servers, however, require approval, which is almost always done through Discord. The methods of approval can be different and depend on the administrators of the servers themselves: the rules can be simple and immediate, others can be very strict, requiring the passing of one or more admission tests, so that a healthy community is guaranteed. completely respectful of the rules of the game.

As I have anticipated, in case you are new to the world of “RPG” and, above all, new to GTA RP, accessing servers that do not have an approval list is the best choice, in order to learn exactly how move around in GTA RP.

Also, so that you don’t have any unpleasant consequences during your GTA RP gaming experience, do not use cheats or other software that can give you an advantage. On most GTA RP servers these attitudes are doomed with a usually permanent ban.

Finally, to wrap up this series of tips on how to play GTA RP, I suggest you stick to the rules that every RP server requires to respect (usually the list is present on the associated Discord server), without breaking them, to avoid being expelled (especially on servers with approval list).

Moreover, keep the role of your character, unless you encounter some technical problem that prevents you from using any game features. In the latter case, if a Discord server is available, use it to resolve them together with an administrator, without affecting the RPG experience of the other players connected to the server.

Salvatore Aranzulla is the most widely read blogger and IT popularizer in Italy. He is known for discovering vulnerabilities on Google and Microsoft sites. He collaborates with computer magazines and edited the technological column of the newspaper Il Messaggero. He is the founder of Aranzulla.it, one of the thirty most visited sites in Italy, in which he responds with simplicity to thousands of computer-related doubts. He has published for Mondadori and Mondadori Informatica.