Discord has released its version of Clubhouse-like voice chats. The new feature is called Stage Channels and offers controls over who can interact in meetings. It was released this Wednesday (31) for all platforms where the service is available: Windows, macOS, Linux, iOS, Android and the web. 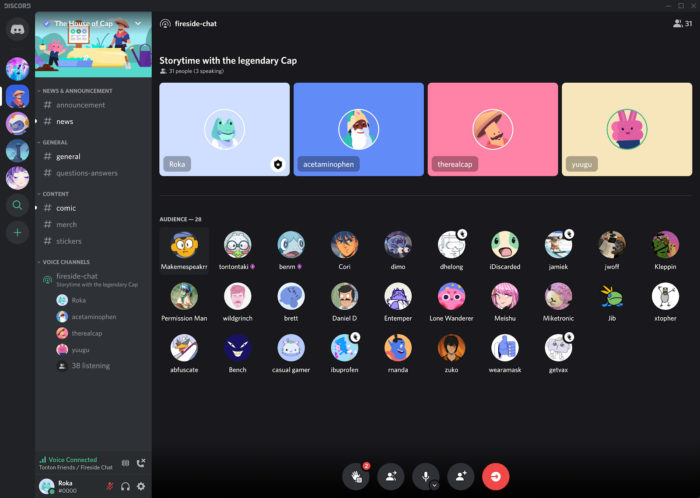 Voice channels are already offered by Discord, but Stage Channels allow you to define moderators, who manage who speaks and who remains in the virtual audience. The feature is useful for events that need some organization, such as interviews, Q&A sessions, and book clubs, for example.

With the new channels, you can add, remove and mute speakers in conversations. The service highlights the person who is currently speaking and the others who are allowed to speak. Meanwhile, listeners need to ask moderators to speak, who can release, mute or even remove participants from the meeting.

The option to create Stage Channels is only available for Discord servers that are classified as Community. These groups have more moderation features than regular servers.

Even following the trend of third parties, Discord is the first to bring this model of audio rooms to a large number of users. Clubhouse is only available for iOS and is still preparing its version for Android. Twitter Spaces, in turn, is present on Android and iOS, but only for some users. Telegram offers the feature in its app.

Discord appears to have adapted its existing structure with voice chats to allow for organization between speakers and listeners. This can help the service get ahead of competitors who are still working on their versions of the feature. Among them are LinkedIn, Spotify, Slack, Facebook and Instagram.

With information: Discord, The Verge.